Radio alarm clicks on, it’s 3:30am! I snooze it. 9mins later, it comes on again, so I get up. This is it, race day! Although its 20 miles and nearly completely all off road. It’s just a bit of fun and although I’m nervous, I’m also excited and know it’s only really a run. Also it’s a kind of training run for my Snowdon ultra in October. So I eat my breakfast and say goodbye to Babs and Jackson. Load my van up and scrape the ice off my windscreen. 224 miles to drive to the event. I thought I’d listen to “Living with a Seal” an audio book Dean recommend to me. It’s the second time I’ve listened to it, but very easy listening and motivational. The miles fly by and by the time I need a toilet stop, its 6:20am and there’s only 87 miles to go.

I arrive at Milnthorpe and park up, a little walk to register. Plenty of time for a tea and toast.

The walkers set off at 8:30 and we go at 9:30. So we watched them set off and waited. I called Babs just to let her know I was here ok. It’s a bit damp but shows it getting better through the day. Ready to go. 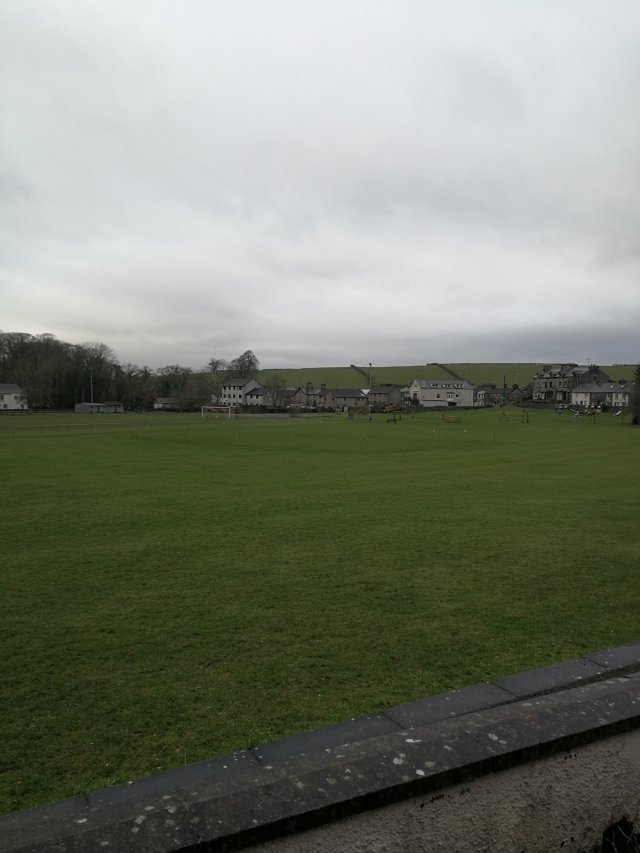 A quick race briefing then off we go. Within the first mile I’d lost my trainer twice in the mud. My last minute choice to put elastic laces in my trainers was a bad idea. Not the best start, as we’ve been briefed about how boggy the route is at the moment. Too late to worry about it, I pulled them tight, then even tighter when I lost one again. Luckily this put me with a bloke who had recced the route, so he knew the way. We also had a similar pace, so jackpot. This course was a self navigational one and very easy to get lost. Something a lad called Ryan knew only too well. He led the race for the first 2 miles, got lost and then came past us. He went wrong again and came past again. If it wasn’t for my new mate (let’s call him GPS, as never got his name) kept shouting the way for him, he’d of passed us again. The ground was very boggy and slippery for most of the first 10 miles to Silverdale. This is where the checkpoint and refreshments was. Unfortunately I lost GPS here, he was gone like a flash. So had to use my notes.

As you can see, very confusing! Between me and another guy, I’ll call him cheeky Joe ( you understand why at the end of the race) we sort of found or way around to the coast path. Where there was some fantastic views over the estuary. Unfortunately only this one came out. 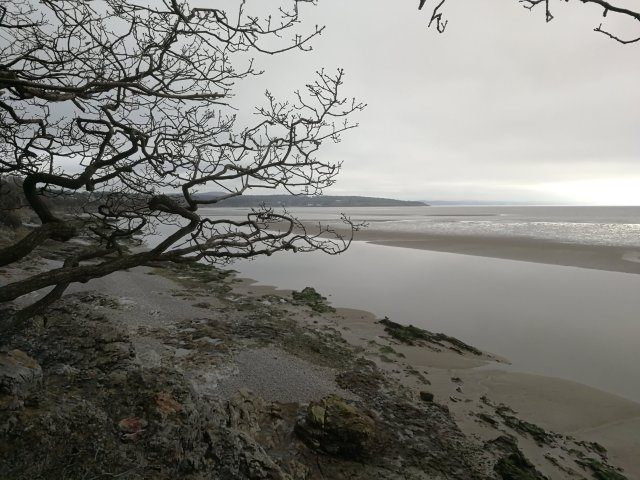 Also it was here that my feet, which was hurting since feed station, get too much to take. I stopped and loosened the laces, the relief was immense. Stupid bloody laces! Anyway we sort of got lost and some runners met us from the right, I remember leaving them behind ages ago 😞 This is when I met Pedro the border terrier and his owner Martin (last year’s winner of this race) I started to pull away from them and see someone in the distance. I thought it was GPS so I followed him, only to find it was Ryan. After getting lost again his head was gone. We ran together to the top of the veiwpoint. Then Martin and the 3 runners he had with him (including cheeky Joe) came from another path. We both looked at eachother and laughed. Then Martin suggested we stay with him. Good idea 👍 so a troop of 6 now, plus Pedro, pushed on. I’m glad we did stay with him because it was like a rabbit warren of paths. Martin and Ryan leading through the gap. 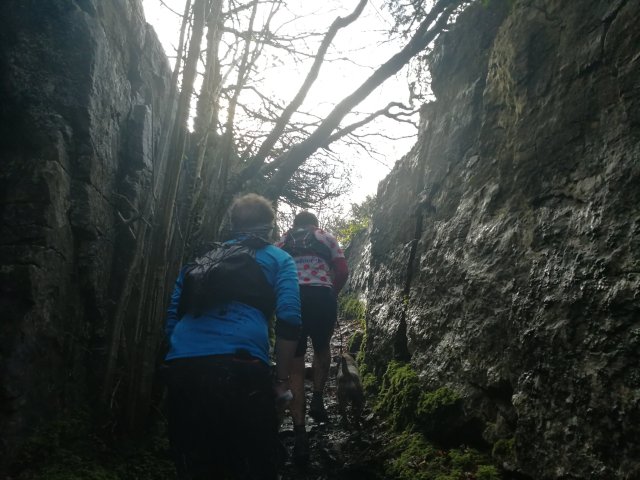 Then there was the fairy steps. 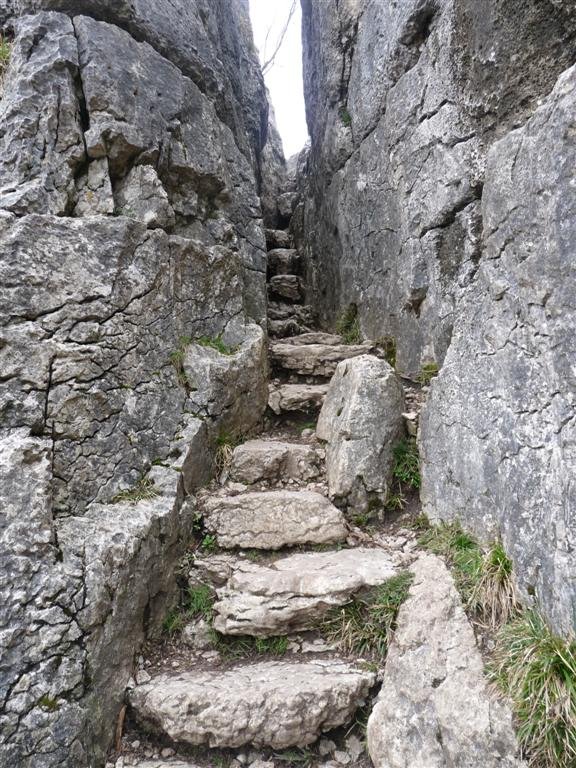 Apparently if you get to the top of the steps without touching the sides,you get a wish. I was no were near ha ha, got our pic took at the top here (hopefully a pic to follow) and some haribo. Was a nice chatty pace to the end now, we all decided to stick together and finish as a group. All subconsciously thinking the same thing. To let Martin and Pedro cross the line first. After all we’d have definitely got lost without him. One last hill through the woods, then down and through fields (more quagmire) then along the river and back to the cricket pavillion. This is were cheeky Joe gets his name. He shot off in front to take the win! Me or Ryan could have easily done the same, or even chased him down. Why would you though? Very cheeky. Nevermind only a bit of fun. So we all sat down and tucked into some lasagne and hot drinks. Talked about past and future races. I realised now how new to this I was, these guys had done some serious distance races, and finished high up. Also we had the race winner with us, as Martin knew him. He beat the course record by over 20mins 😎 he’s just getting back into it, he said.

I walk back to the van with Ryan, he tells me he holds the course record for a race in Scotland (his neck of the woods) I’ve been mixing with talent today 🕺. We say bye, I go and get out of my dirty, wet clothes. 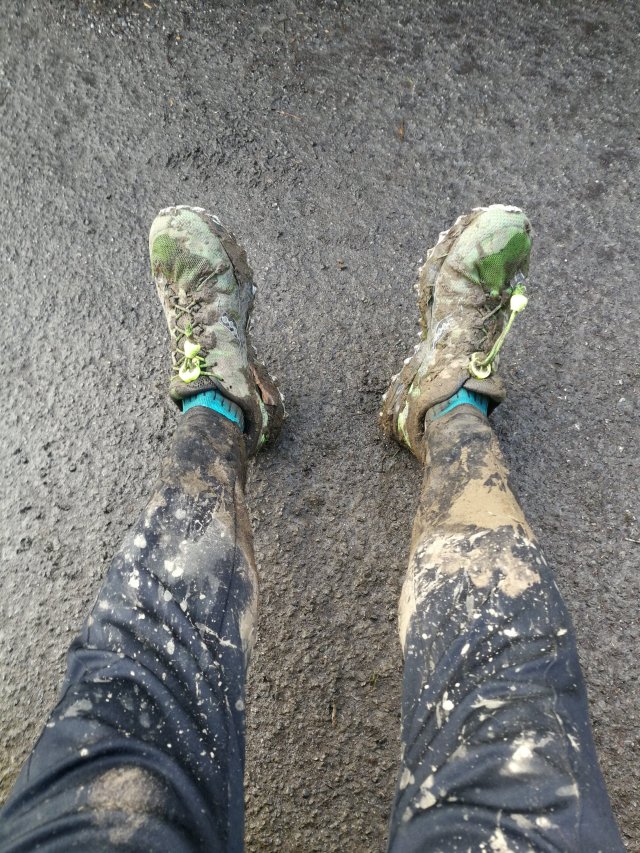 Then laid down on my make shift bed and write this blog. Gonna have a chill and try to motivate for the 3 and half hours plus, drive home.

Bit of a long one today, hope your not bored.

4-i’m better than I give myself credit for.
I found the running not hard at all. Could have run faster and definitely further today.