Felt a little rough this morning, so had an extra hour in bed. Babs took the boy for a walk for me. I got up, had a shower and made myself egg in egg cups with soldiers (toast with avocado spread on, then sliced). Made a pot of tea to go with it and weighed in, before I ate. Pound on this week. Left for work and took my kit with me, as was hoping to get a run on my dinner break. Was hoping to feel up for pub ride tonight too. As the day went on though, I felt worse. So contemplated doing a pub run instead of the ride. I wanted to give Tristan his jacket back and congratulate him on doing 100 days running this year. It rained and I got soaked at about 3pm, wasn’t happy. So text Tris to say I’d see him tomorrow and went home after work. Babs and Emma walked JB so a chance to run solo but wasn’t feeling it. Babs said “get out on the trails” and I thought -yeah I will. So I did. Started going then cut through the bit next to the 5-a-side court. Then past the Lido and over to Henry Penn way. Got onto the trail next to the Nene, I can’t believe how quickly everything is growing. Decided to go into the boardwalk which was blocked with a barrier, but jumped over it, rebel. 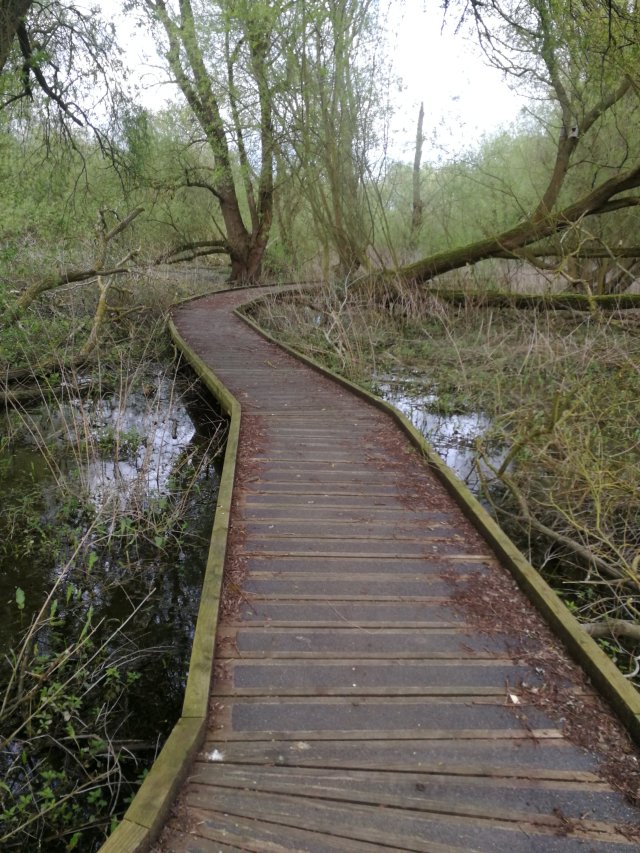 Didn’t jump the barrier at the other end though, flooded ha ha so turned back. Went along the nice closed in trail at the top. I wonder how long its been since I ran this last. I know the last time I biked it, I got stung all over. Infact I start wondering when was the last time I ran on my own around these trails. With all the floods and rain, plus always having the boy it seems ages. I go past the boathouse and cross over Thorpe parkway. Heading through the gap in the hedge and over the style. Never ran this way through before, it seems nicer for some reason. A Buzzard hovers above and follows me for a bit. It fly’s off when I stop to take a pic, I’ll get it next time. I take a different way around the ponds and find a new trail, nice! But then get a bit lost in the estates around Longthorpe. Find my way again and get over the footbridge to the golfcourse, near the Woodman. Down into Ferry meadows taking in the little single track, smiling as I pass the stub that took me out earlier in the year. I pass a family and dog with a big stick in its mouth, I miss JB at this point (he loves sticks that are too big). Over the wobbly bridge I listen out for the Kingfisher, nothing this time. Enjoying the trail past the bird watching huts I pass two Asian lads. One on a bike and the other walking, they start arguing, then the one walking starts shouting. “This bike is rubbish” “buy your own then” the other said and on and on they went. I could hear there voices fade away as I carried on. Crossing Oundle road I start to get excited for the next bit. I love this single-track behind Orton Hall. Especially now, it’s dry but not too dry and everything is growing well, stunning. 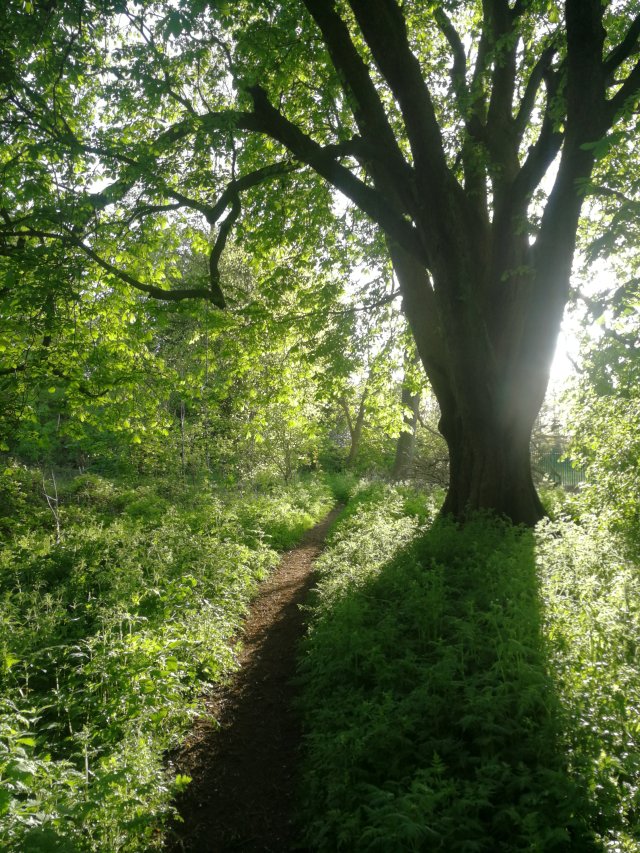 I’ve been ignoring the fact that my guts have been feeling dodgy most of the run, but notice it more now. I try to ignore it again. I stay on the south side of the Nene on the way back, taking in all the trails I know, including Bear wood. 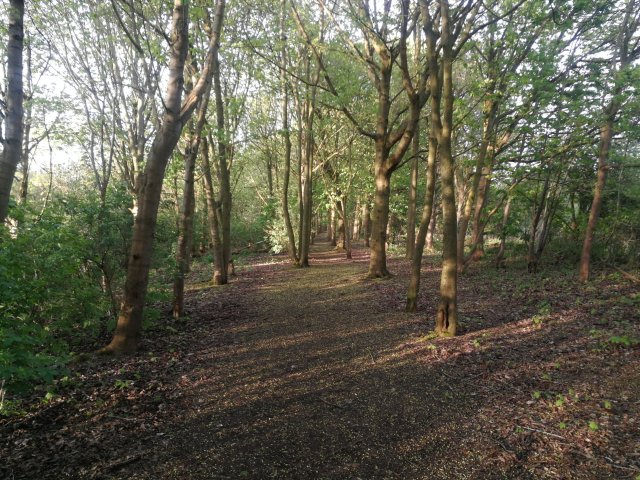 I pass a lot more people now as I get closer to town. I think about having a nice beer as I pass Charters, but no money on me. Past the Key theatre, Lido and through the trail next to the 5-a-side pitch. Back up Star road and home. Jackson greets me with barrage of licks, I have a shower and eat tea. Salmon and new tates ummmmmm thanks Babs X x.