Slight improvement on my bro, he’s off the oxygen but still waiting on tests. Gonna go over and see him tomorrow after work. So sticking to the plan and going on a bike pub crawl with Chris to take my mind off it.

Didn’t feel like running this morning, thought I’d run straight from work and get back ready for Chris. Had a change of plan though and had JB with me at work today. So with him in mind, kept it short. Parked up down Splash Lane. There was a few people in there cars, wheel spinning and stuff, so wasn’t happy leaving my van. I relocated to the next road, off Loves lane. We headed to the river down the bridleway and turned right along the Nene. At the railway bridge, some people are jumping in and swimming. Looks like there having fun. Then a very rare thing happened, Jackson yelped. I’d trod on his leg. Panic sets in, have I broke it? He looks in pain, not walking on it. He sits on my knee as I inspected it. Doesn’t seem to hurt him me touching it, so try walking him. One step then it’s up again. So I checked it again and give it a good massage. One more try then I’m carrying him. A couple of limps them not so bad, a little further, seems ok. So I let him off and still ok, start jogging, still ok. He is one hell of a tough cookie. So we head through the fields, I don’t take my eye off and he keeps looking back at me. 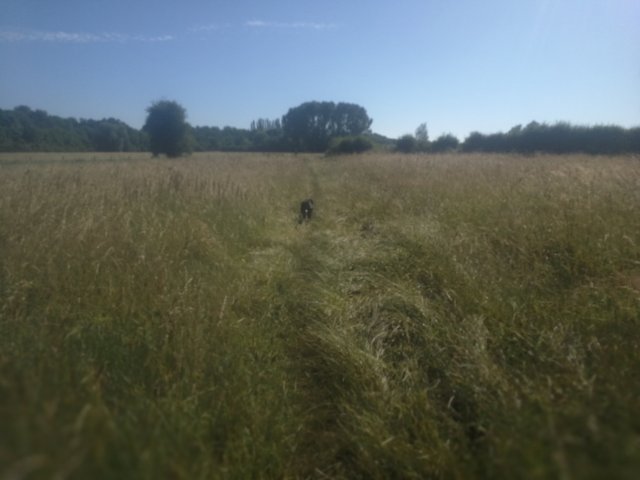 We get to stream that flows to the Nene, he’s straight in. We go a little further and I get in with him. Lovely. 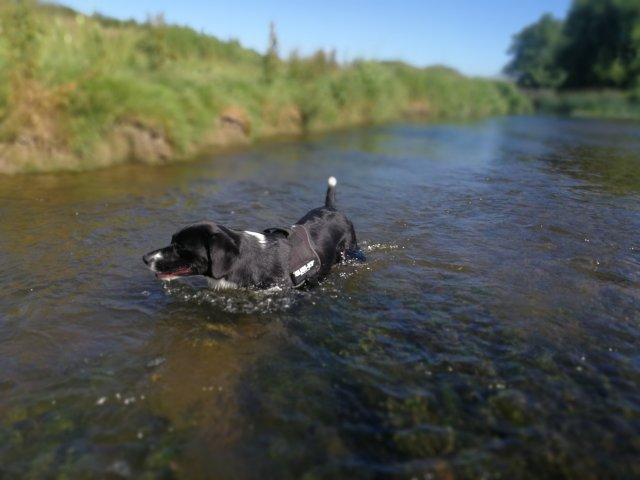 Just sat in it for a bit and enjoyed the flow of the water and watching the boy cool down. When we finished we headed up the road back to the van. His leg is like nothing ever happened. I go home and tell Babs to keep an eye on him. Got ready and head out for beers. 🍺