So since Greece and if I’m honest the last 7 years, I’ve been trying to get Babs on the bike. Let’s forget about pre Greece and concentrate on post Greece. The day has arrived! As a birthday wish, Sunday is bike ride day. So after this brunch I’d made, we got ready and headed out. 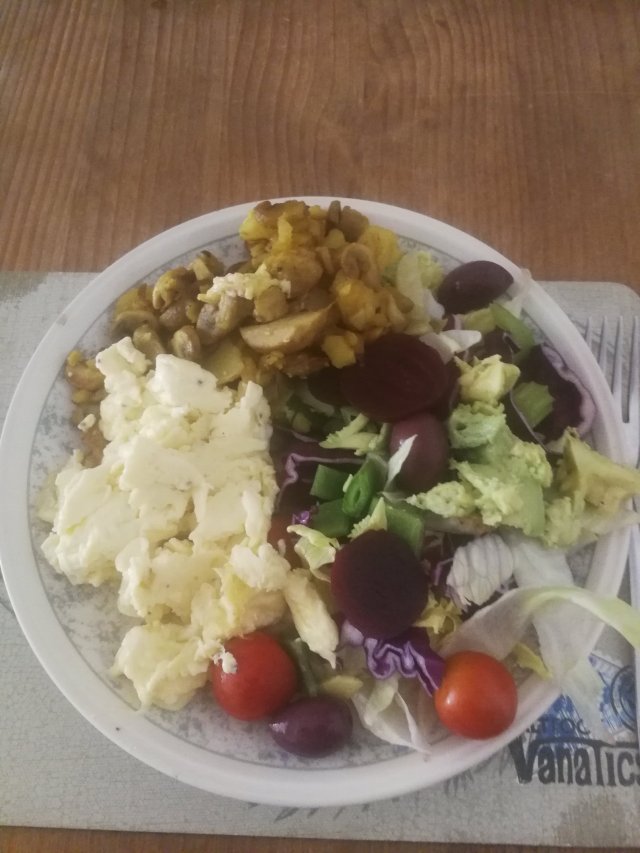 I really enjoyed it and hope she did too. Let’s see how Babs found it.

In the word of Babs Burton.
So the day has come, steve wanted me as part of his birthday celebration to ‘get on my bike’ only in the literal sense though!

Was nervous, felt like pre race somehow, been a while since I d been on bike and last time I fell off.

So probably somewhat overdressed (I had bib shorts on!!’), a lot of pre ride faffing on my part, we started off. It was around 26 degrees so nothing like starting easy!

My main problem is stopping, I panic and just ram the brakes on, tad dangerous. So Steve very patiently taught me how to stop properly , a very basic move I know but I am a bit of a panickier! Once we had a few goes we found that I was using the wrong side to stop on, I was predominantly using my right side. This is not good as if on road I would be leaning into traffic but it’s something I can work on. I did a couple of sneaky stops when Steve thought I was slowly biking behind just to get my confidence up.

We headed up toll path towards the nene and the millennium bridge , good to be away from traffic and chance to choose right gears, seem to of got it right going up the bridge and we stop in the middle for a picture. On coming down the bridge, Steve gave the advice to ‘ let it roll’ which I did but with a little ease up on the brake, I let go in the last little bit and it flew me down the exit path which was quite exhilarating but tiny bit nervous. We carried on so could join the cycle path to stanground. Steve showed me how to correctly go round corners, although there isn’t many of them on this route.

We agreed a pint in ‘ the wool pack’ was in order on the way. Always wanted to go in and it backs onto river. Had nice refreshing drink of cider and then back on bikes to home as it’s very hot and Steve has still got to do run.

Impressed myself that managed to do it today and Steve has so much patience with me , he s a good teacher ( if I don’t panic n listen!!) Jackson was impressed too! 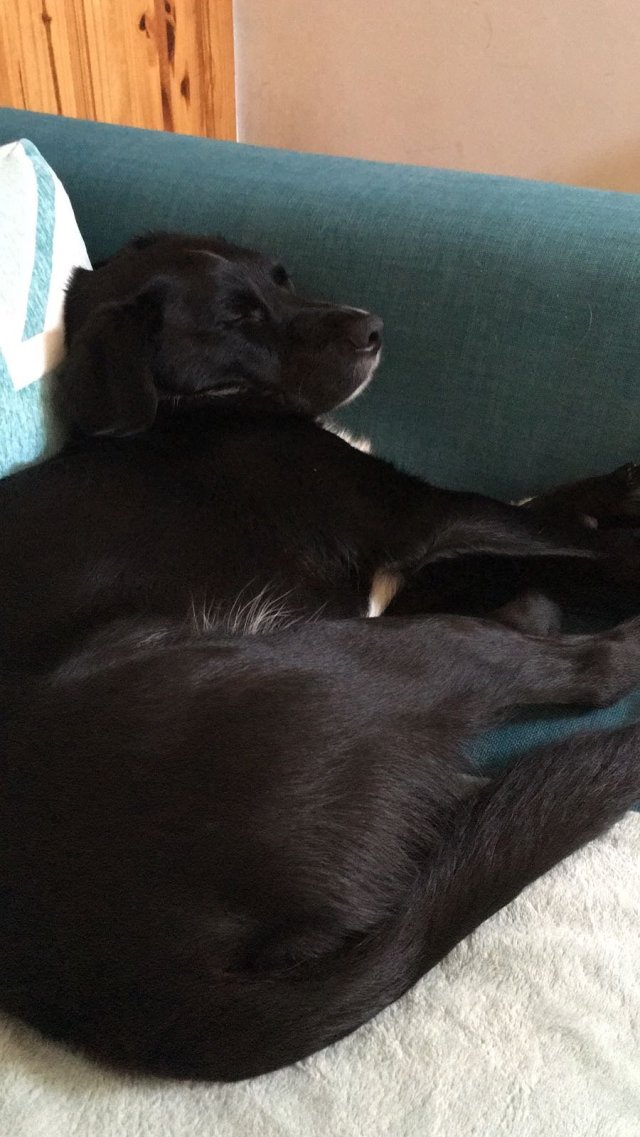 Just to add to this and get it in writing, she said we need to put an hour aside every Sunday, for biking 👍. 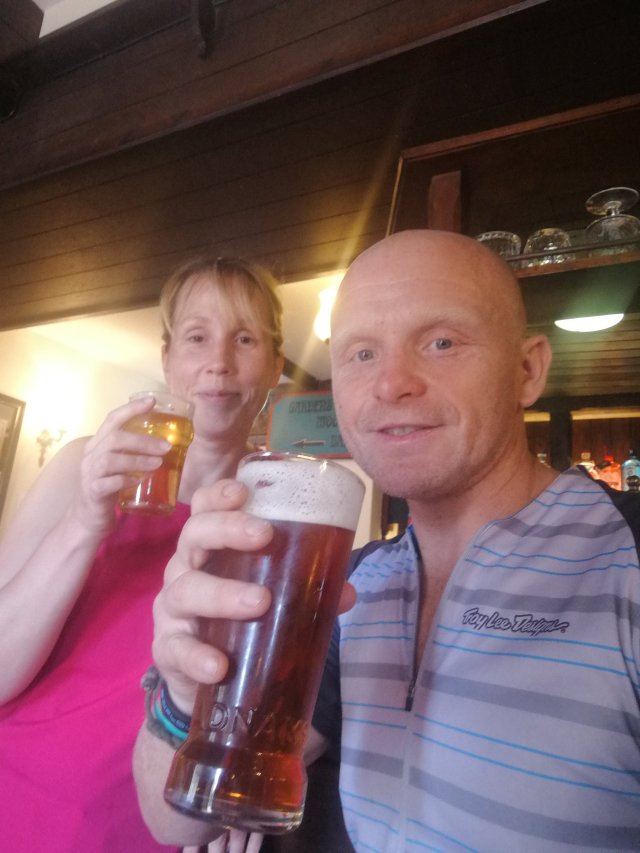 So now for my run. 3 pints of Ghost ship and blazing sun is gonna be fun. I like a challenge. After putting the bikes away I get ready, changed and out the door. The reverse Swan is the order of the day. I keep burping beer burps as I head up Star road but that soon settled down. I don’t feel as bit as I should, nice and steady. I’m at Central park before I know it. There’s a group on the grass playing games -giant connect 4 -giant chess and crochet, a pleasant surprise. I was expecting yobs and pissheads. Very civilized and there not the only ones. People having picnics, families in the play area’s, football, couples walking and people just chilling out. Why don’t we use these places more often. We all have local parks, if we don’t use em we’ll loose em. As I leave the park feeling good and enlightened, I run down Broadway. I decided to take the park behind Jenna’s for a look. Families in the park but also groups of European youths. They don’t bother me but I can understand how people get intimated. Still not as bad as expected and I believe would get better if we all used it. Town is busy as I dodge my way through the crowds. It’s very warm and I’m feeling it now. I catch the lights at Bourges boulevard perfect, so striaght across. Then no traffic at the next lights, I’m passing the Grain barge and running along the Nene. Seems a lot of barge’s again and plenty of people buzzing around. I pass 2 other joggers along the willows -I’m not the only nutter then- stop for a quick wee down the toll path, then head home. As soon as I stopped I felt dizzy, so got a glass of milk. Babs came in with JB, so I drop to the floor and let the boy lick my head back to life. Still felt a bit dodge, so had a slice of cheese on toast. Then had a day/afternoon bath and write this. Will we go out like planned or beers in the garden?