At long last rain, you can almost here the ground sigh and relax.

I met up with Tris after work, also after a Friday after work pint with Kyron. Tris had put the message out on the WhatsApp page earlier, just what I needed. I rocked up at his just after 5pm. I got ready -Tris was ready and waiting- and we set off. His plan is a mile or so warm up then half mile efforts, half mile recovery. So off we go plodding through the streets of Oundle. “Slight change of plan” he says “let’s head to the track to do it” good idea I replied. “So Tris, when they building the new pool and stuff?” I said as I was starring at a massive crane. “Ha ha now by the looks of it” he replied. Ha back to plan A. So we head up the road towards Barnwell. The first effort starts, Tris is off. Was hard work keeping with him. Can tell I’m knackered from work, plus maybe the beer. Looked at my watch, 6:15 mins/Mile. Animal. Was ready for the recovery, didn’t seem long till the next effort though. I don’t think I’ll keep up this time, watch says 6 min/mile pace. A gap starts to appear, I take some deep breaths and dig a bit deeper and catch up. Get comfortable with being uncomfortable. The recovery run takes hold quicker this time and when the next effort starts, I keep up. In fact I overtake a push the pace, then another recovery. Feel good again, last effort. I take control and we push the pace, slightly downhill. It hurts but loving it, its only half a mile feel the burn. Only thing is I need a Bob 😒 I decided to try to ignore it, what’s the worst that can happen? 🤔. We both gave it everything and was blowing out our arses. Last effort was 552min/mile pace 💪. Felt great though really needed that, thanks Tris. A nice steady run back to his, straight to the loo for me. It had just starting spitting with rain as we finished. A coffee and juice while Tris showed me his new punch bag and gym set up. It’s pissing it down now, smells so nice and fresh. Just wanted to stand out in it. Headed home for a lovely tea Babs had made.

Then a nice refreshing walk with the boy in the rain. Not sure if he knew what was going on ha ha. 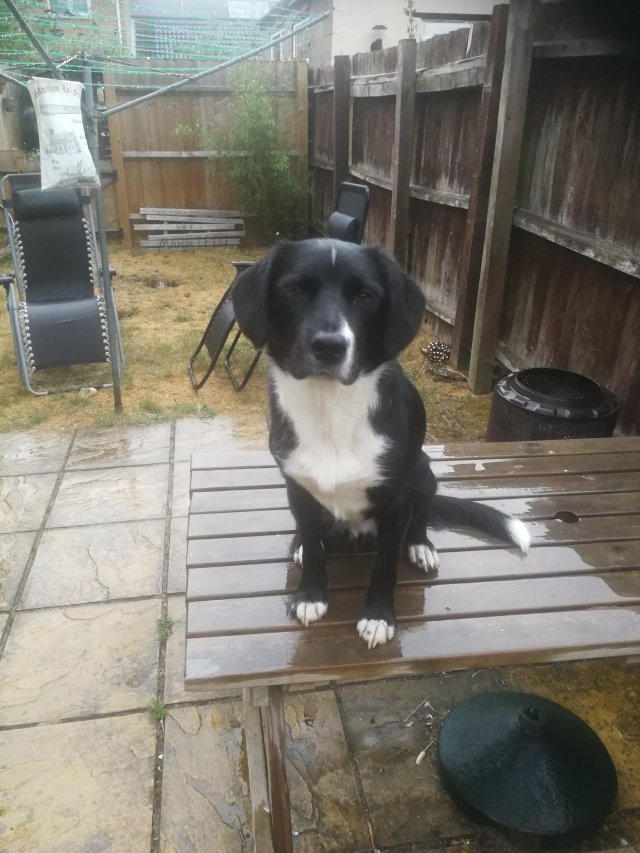