Babs ran the boy this morning so I could have a bit longer in bed. Unfortunately I’d forgot this when I ran the boy in the evening too. Whoops! Had he at work with me again,that’s two days in a row. Loved having with me, so I can share my dinner with him.

Took him for a little walk around the Abbey while my plastered walls were drying. 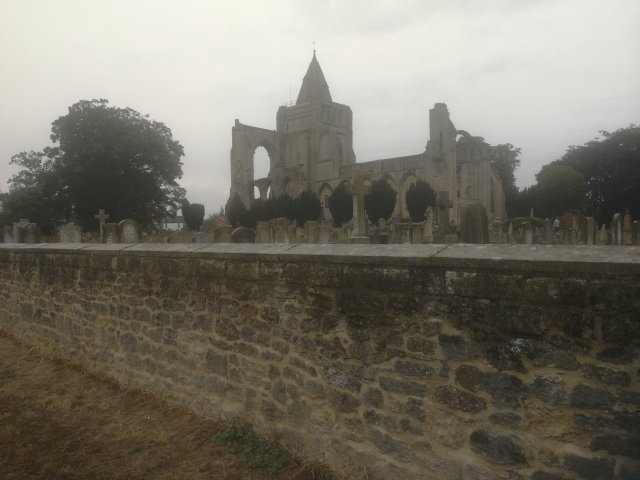 All I could think about was running on some trails this evening. Babs was out with Hayley, so once they left, I got ready. Thought about driving to get striaght on them but decided against it, grabbed the boy and headed out from home. Went passed the gym and through the trees onto the embankment. Through the underpass and down Henry Penn way. Straight on the sticky trails, the rain had also made the nettles lean over too. Muddy trainers and nettle stings, back to normal British summer. Obviously the boy is off the lead and stays off till we get to ferry meadows.

The Riverside walk is closed, must be doing some work on it. So we take the top path. I start thinking about doing a half marathon. The running group are all entering the Peterborough half, was messaging about it last night. That’s why that distance is in my mind. I wonder if the boy will be ok as he’s only been doing 5 miles now and then. It’s loads cooler and he seems happy enough. I’ll go a bit further and see how he is. (Obviously as I said earlier, I’d forgot Babs had already ran this morning) So carried on with him off the lead, along the river to Altwalton. Trainers are proper heavy along this bit. Loving it, it’s all extra training. We get to the little dodgy footbridge and oh no! The bridge has gone! Young Jackson wants to carry on! 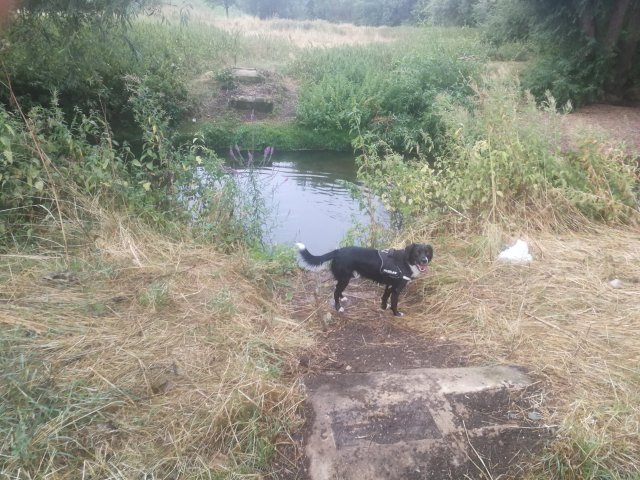 He has a paddle and a drink. We take the diversion and a dog comes running over. His owner is shouting but no response, he has a few dogs. Shouts “he’s friendly” so I send Jackson to say hello. The other dog legs it ha ha Jackson chased him, so I whistled him back and he came 👍. Proud dad moment. As we cross the field to the lock towards Altwalton, I wonder if this pathway is still closed. I decided I’m going through whatever. Luckily it was open. Heading back down to the Nene, we bump into a bloke and his black lab pup. They have a play then JB got a bit aggresive ,so split them up and apologize. No harm done just alot of noise, so we carried on. One of my favourite trails and the ground is just right. The boy off in front, still loads of energy. I hook him back on while on the trail around ferry meadows. As we head to Oundle road he’s starts looking tired. I stop so he can drink out of a puddle. Perks him up again so we carried on, my legs are getting a bit heavy now though. We both perk up through another favourite trail, Orton woods. Back at Orton mere there’s another couple of dogs just meeting eachother, so JB gets involved. Back on the trails homeward bound, there’s a eerie mist hovering over the water. I stop to try and get a pic. As I’m getting the camera out a Kingfisher flies over the water, if only I was a minute quicker. 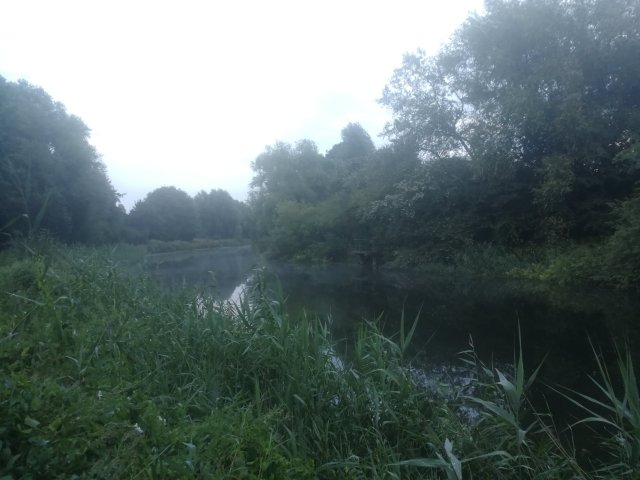 The boy has slowed up now and he’s running by my side. If I’d remembered that he’d ran this morning I’d have stopped. I didn’t though and just went at his pace. Gave him some motivation and as soon as we got to 13.1miles, I stop. We walk back and he is shattered bless him. 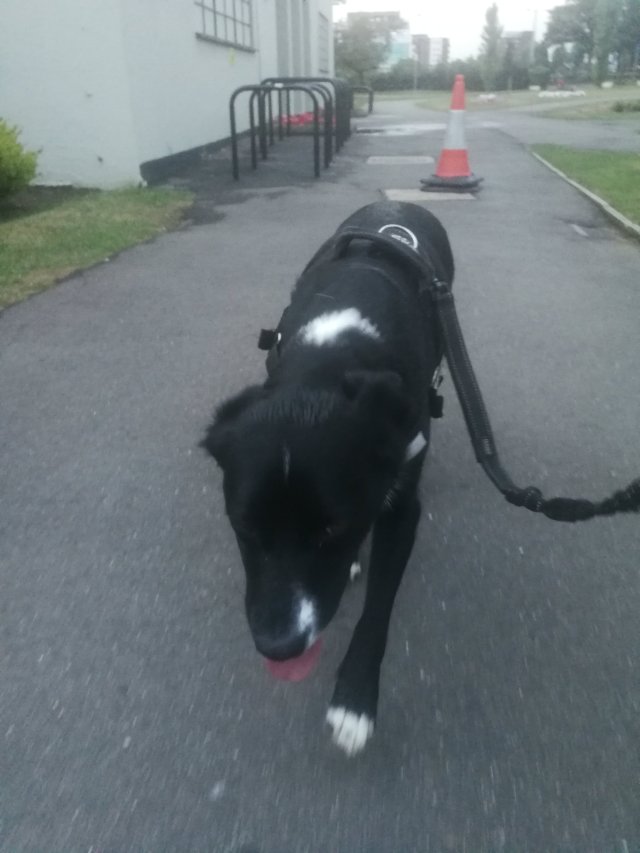 I sit down to see if he needs a rest but he seems fine, so keep walking to get him home. Babs was there and was a bit miffed why I’d took him so far, after he’d ran with her this morning. This is when I feel like a bad dad, felt annoyed with myself. Gave him extra food and he wolfed it down. So I gave him more. Put a pizza in the oven and had a shower. The boy is fast asleep now bless him, he’ll sleep well tonight.