Decided to go exploring tonight, heading out to find Knebworth house. So followed Six hills road, right to the end. Then took the footpath tunnel under the A1. To a little Hamlet, where I’d been on a run weeks ago. following the rough road untill I find a grassy trail off to the left. Then I keep following these arrows.

Staying on the edge of the trees and fields. Untill I get to a tall fence and see the house in the distance. 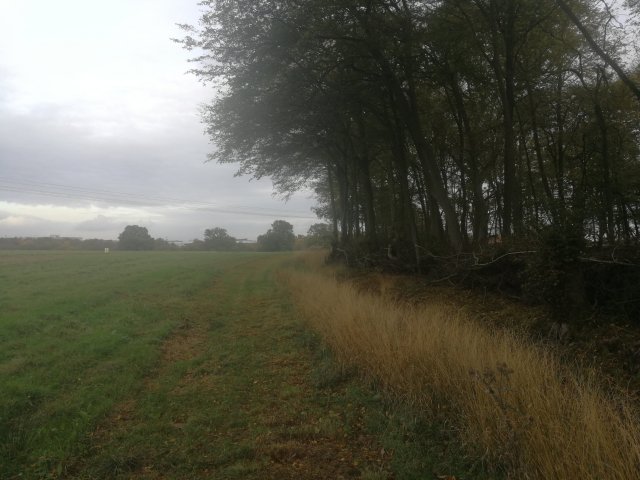 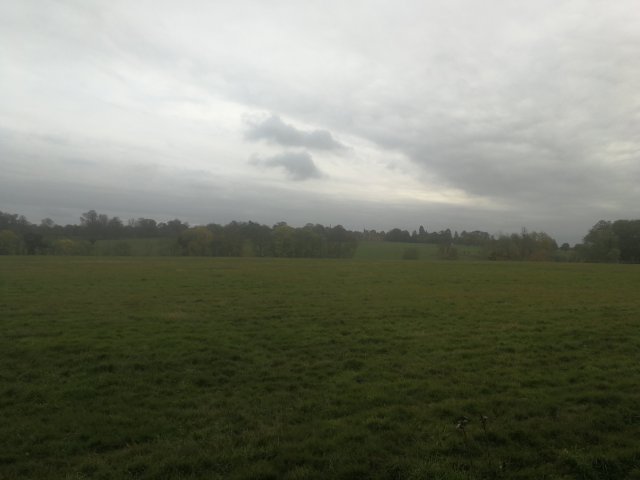 I take a piss next to this ol’ boy, he was resting.

Then carried on following the trail. Passing some strange cabins and this place which freaked me out a bit. Loads of carved sculptures.

Then a large pond and finished at a gate. Forgot to get a pic but said something like

– you are welcome to walk our paths but keep dogs on leads, beware of deer –

Well here goes and within minutes I see these. 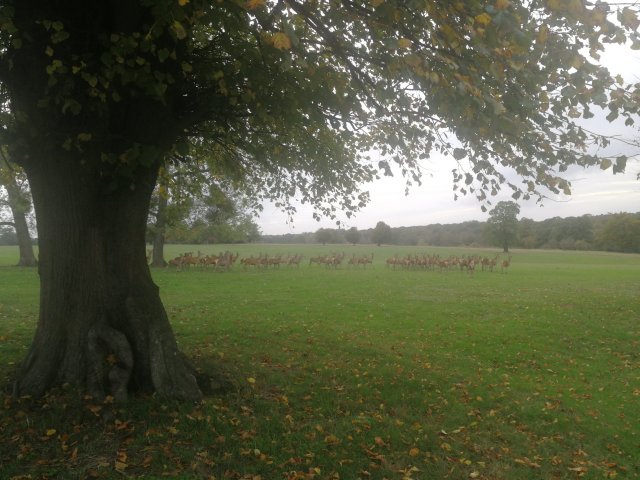 Then I get to the house. 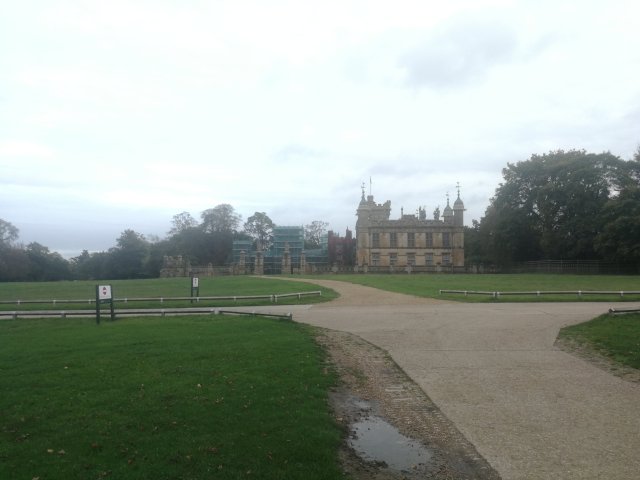 It gets confusing now as every way I go, the gate is locked. There’s some people coming out of the cabins and getting in taxis. I don’t want to go where there going though, unless I want to go on the A1 that is. So try another way and thats when I see this massive Red Stag. Big antler’s and he’s running, he stops and I stop. We stare at eachother, is he gonna charge me? I don’t know, I’ve never been in this position before. I mean he’s a way off but I’m sure he can run faster than me, so I take a pic and carry on.

Then I get to the entrance and supprise supprise it’s locked. 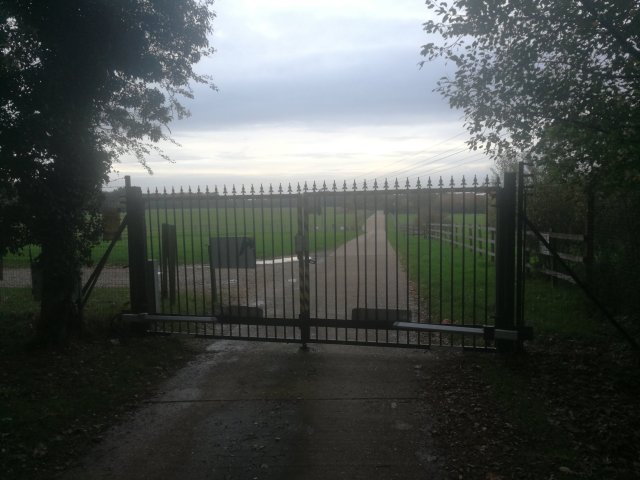 So I go to a bit where I see a tree, I figure I can climb and get over the fence. I could see a road the otherside that goes under the A1. I giggled like a kid as climbed the tree, trying not to get tangled in the barbed wire.

Chuffed with myself I head along the road and some trails back into Stevenage. Just staying on paths now through the streets and I worked my way back to Fairlands field. Cut through millennium wood and back to the digs. Shower and food. Who’d thought tomato soup with chopped garlic in, would go with crumpet’s ummmmmm