JB looked at me this with a – I really don’t feel like running dad, it’s too early – look. He half heartily stretched as he started, ha ha not today mate. He got back on his bed, Wish I could. Felt knackered this morning and my back aches. Not the bad back ache, a working sort of ache. So did my stretches before I set off. Jackson always likes to help me, in his own way. Mainly bringing me balls and licking my head.

Parked up at Panshanger just after 7am, a bit later than yesterday. A bit duller too, back to getting on with some hill loops. Was gutted I had less time but was also glad. My back felt bloody tight. Banging it on the corner of a unit at work didn’t help, 3 times aswell 😡. A Green woodpecker flew past on one of the downhill runs, just about here. 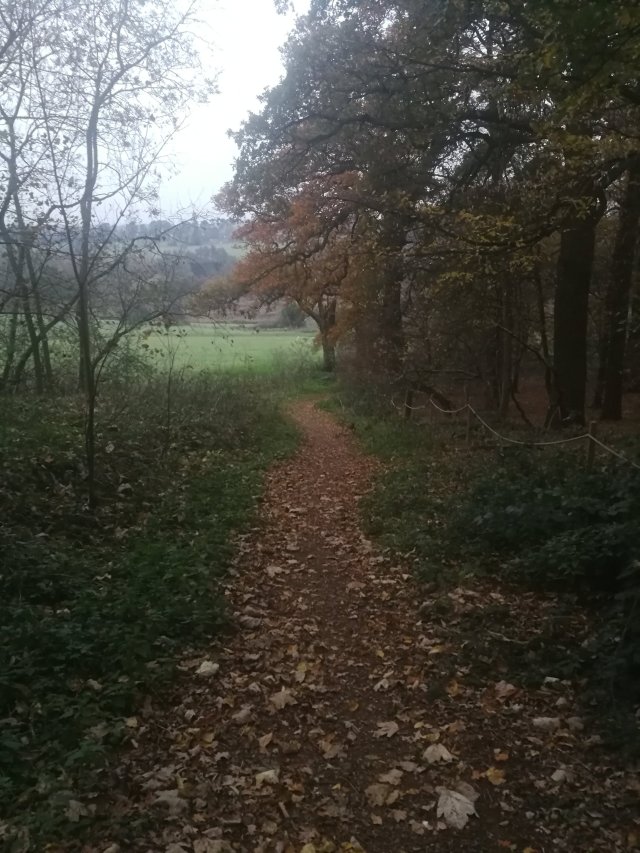 Keep forgetting to mention that I’m seeing them more often again, at least 4 of 7 days. The squirrels are getting used to I reckon. They don’t seem to run off so quick. Plus had them run along with me for a short stint, twice 👍. I’ve got to admit it’s a proper testing little loop and can definitely feel it in the legs today. Was happy to get under my bottle shower and my bowl of chopped fruit. Wasn’t so happy to then get off to work.

Walked the boy to the Boathouse after tea tonight to have a pint. I’m disgusted how ignorant people are, I know I’ve mentioned it before but bloody does my head in. One cyclist -on the path with no lights- was that close, if I lifted my elbow he’d of been off. Should of done it, wished I had afterwards. Before that though and this did piss me off. 3 runners from the running track, so most probably from a running club. Was taking up the whole path. So I stepped aside to let them pass – as they didn’t show any sign of going single file. It wasn’t that that annoyed me, the stuck up sods didn’t even acknowledge us. 2 blokes and a woman, so it both sexes, knobheads!

Nevermind, I’m sat here now having a beer and it’s warm enough to be outside. Sat with my boy waiting for Babs to pick us up. On her way home from seeing the physio. Happy days, cheers.