Never heard or seen anything of them before but see them on the reduction shelf in Kong sports shop. It was my size, so I tried it on, on my god! So comfy and instantly feels great. I could feel the no drop sole and the completely natural feel to them before I was told that. The shop salesman was brilliant and helpful, he seems happy in his job. He made the sale but if I’m honest they were sold when I first stook my foot in one. Now the salesman before was a different kettle of fish. Don’t think he had woke up properly and clearly not interested at all.

So a little update on Terry…

He has internal bleeding but they can’t operate in him. He’s had a couple of blood transfusions which has made him a bit more stable. So we’re heading that way on our way home. It sounds horrible but I just want him to go now, for my parents sake more than anything else.

So back to the run.. I woke with heavy head. Me and Babs went out for couple of scoops and some food last night. Was really nice having some time together and after seeing the live music duo setting up, we strapped in for the night. Seems a bit wrong that my brother is in hospital dying because of mental health and alcoholism. While we’re out getting pissed but he chose his path and we choose ours.

Regretted it in the morning though, plus I’d forgot to turn the plug on for the phone charger too. So there was only one thing to do. Go back to bed while it and I got charged up a bit. So just after 8am I got up and headed out. Did the same route as yesterday and glad I did. So much better when I could see, what a beautiful morning. 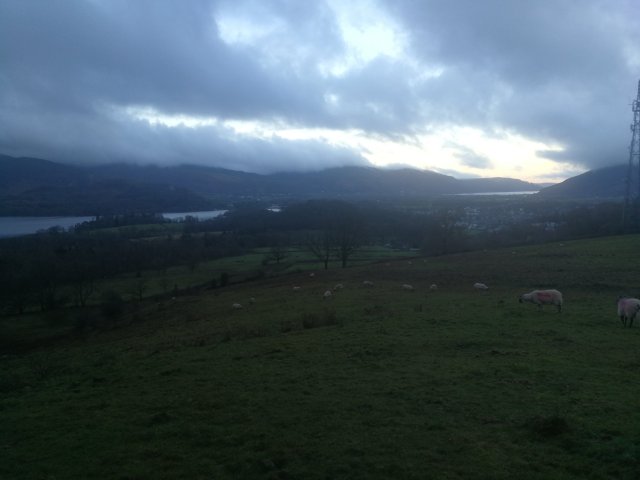 This section was a bit safer in the daylight too.

Still felt a bit rough when I got back. A shower then a full English sorted that out though. Loaded the car and called the parents, then we left the ever stunning Lake District behind.